Statistically, each model, is the brand that is, over its lifetime is more likely to have certain faults which no other. This does not mean that all units have to have these faults, but it simply is more likely to the need, not another model of another brand.

The Audi TT MkI is no exception, and has, as it were somehow a "weak points" that may be interesting to note.

The source documentation where I extracted this listing is internet (forums, web pages, portals ....), and the experience itself.

One of the most common faults that can have any model Audi TT MkI. It can identify seeing that the screen of the car does not show all lines (no off line), which impede the reading. It is also possible that the indicators (temperature, gasoline) indicate outliers.

Replacement of the box in an Audi dealership is around € 1,000, but there are specialized workshops in repairing tables, where the repair can cost around 300 € (approx 2013 prices). 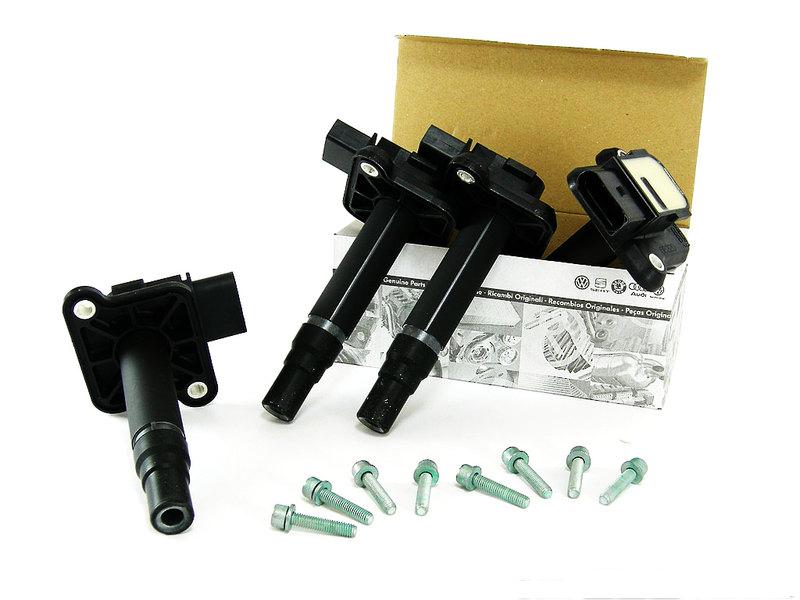 Audi has recognized this problem and created a campaign free replacement of these coils. Going to an Audi dealer will check if the coils on your Audi TT MkI belong to the defective, and if so, proceed to replace them at no cost to the owner.

The campaign is the 28E9 and there is a section within this specific web this campaign. During the 2013 campaign was still in force.

The thermostat is the part that regulates the operating temperature of the engine, allowing or preventing the passage of refrigerant in the circuit.

Very often with the miles, this piece does not do its job properly and not properly close the circuit, so that the water flows through the pipes all the time, preventing the engine reaches optimum operating temperature, making it difficult or is maintained.

The temperature of the box, the Audi TT, once it has reached the mark of 90 degrees, should not move. Roading If we see that low, it may be a sign that we need to change the thermostat (Attention also verify that the temperature sensor has no problem!).

The price of this piece, original Audi, is about 25 €. Should also count the cost of antifreeze (G12 +) and about 2 hours of hand work around (prices 2012). On this website you can see the process thermostat replacement (Paragraph 'Mechanical Operations').

Located on the brake pedal switch is this that serves to turn the brake lights when we are pressing the pedal, while the control unit indicates that we are using the brake.

With use, this piece is often damaged, causing either brake lights will not turn on when you press the pedal, or remain on, despite not be pressing the brake. Similarly, it can cause the engine not respond to the accelerator, because the unit may be thinking that we are pressing the brake and accelerator at the same time (the corresponding error is recorded).

The price of this piece is about 20 € to the dealer, and labor about 30 minutes. They can be found at this site the process of repairing this fault (Section 'Mechanical Operations').

The motor mounts and suspension rates are rubber pads that serve to dampen noise and vibration. Eventually, these gums dry out and do not do their job properly, causing noise when driving on rough roads or going through potholes, and not filtering the vibrations caused by the engine properly.

The price varies depending on the particular silent blocks.

Similar to what happens with the engine mounts way, the vacuum hoses, eventually suffer desgast which can lead to cuts involving pop inlets, which influences the normal engine operation.

Like any modern car, the amount of electronic sensors that are in the engine implies a potential source of problems. Sensors of Audi TT mkI not have more problems than any other car with similar engine and similar age, and majors problems, among others, may come of :

The price depends on the sensor in question.

With use, the engine and other components of the power windows can be damaged, causing noise or even shutting down.

The secondary air pump is activated when we start the car cold, and its mission is to provide more air intake. Could say that is a kind of fan.

The problem I usually have this piece is that the plastic housing where the turbine is attached by rivets which eventually deteriorate, allowing air and noise from escaping. Usually is due to the noise it produces, it will detect that we have problems with this piece.

The solution to this problem is simple, and involves changing screw rivets. Can be found at this website the process of repairing this fault (Section 'Mechanical Operations').

I've read some cases where, in quattro models, the unit in charge of managing traction, has problems, causing a malfunction.

In some cases, it is said that one way to identify this potential problem is starting off with the wheels fully turned, at which time, if this fault occurs, the wheels of the rear axle can be locked.

I do not know the price of spare parts and repair.

There have been cases where due to losses in the hydraulic fluid from the top, the mechanism of this has stopped working on the model TT convertible (Roadster).

Check and fill fluid circuit is a bit complicated.'s Advisable to seek information before attempting to solve it.