To get in background, I previously mentioned that I had a TT Ford Probe 24v year 1993 , a car that although sport also has a different style to the Audi TT, being very clear difference between the concept of sports that exist in the U.S. and in Europe (although the basic mechanics of the probe is entirely Japanese, in particular Mazda). To learn more about my Ford Probe, here is information: Website of my previous car.
Admittedly the quality of the Germanic model is superior to the American model (plastic, settings, materials, touch command), and in this, Audi is struggling in its class brand "premium."

The behavior of the TT, has a more "radical" and in the configuration frame has sought efficiency in sports driving (firmer suspension, stability in slow curves above).

As the equipment would be unfair to compare, as a model began to sell when the other has disappeared, and belonging to different generations. Significantly, placing them at the respective times, both feature a fully equipped force.

Comparing the performance of the engine , the thing still gets more difficult as they are completely opposed engines, despite having exactly the same power: 163 hp and performance are very similar.
Probe reaches the value of this power with an engine of 2,500 cc V6 24v , while the TT gets an engine with 1,800 cc 4-cylinder turbo and 20v .
Results: The sound of the engine acceleration Probe in love. Idling, always having the emputjadors valve in good condition (a common problem in the model), is still beautiful. The power delivery is progressive, and sometimes rises up to 6500 so that you realize ... But if you realize that, to see the gas needle go down with the same speed. 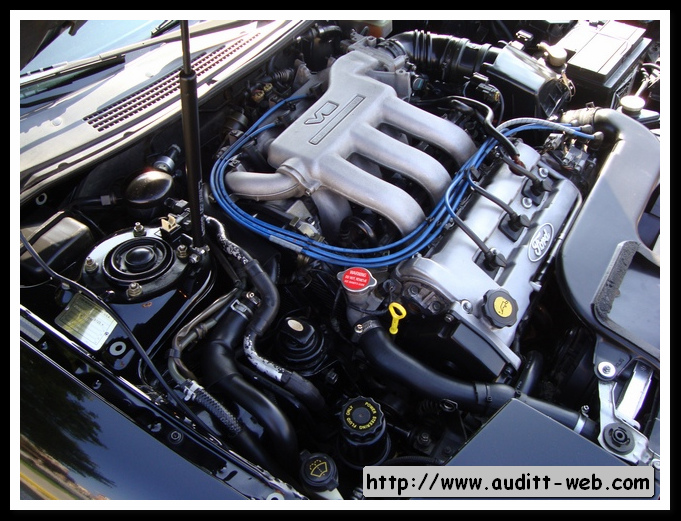 For its part, the engine of the TT has a response from the middle regime convincing, though not excessive entry turbo. This response, along with the feel of the controls (short gear travel and precise, smooth clutch pedal but never soft direction with some degree of hardness, adhesion of the body to trim, interior and more able, provide more sporting sensations. Apart consumption are, where the same conditions, they may be 2 - 2.5 liters / 100km below (the average consumption of the Probe for 7 years was in 10.5 l / 100km the TT this year, barely reaches 8.0 l / 100km).

A comparison of the mechanical reliability of the two models can be unfair, because the difference in years - kilometers, but in absolute terms I can say that the mechanical reliability of the probe, to say the least, was not his best feature, together with the almost impossible task to find spare parts shops in the area (taking references from parts to buy them in buttermilk, or directly over the Internet), which makes having a Probe for daily use becomes a headache, going to be more oriented caprice car (second car) or hobby.

For its part, currently in the 20,000 miles I had the TT (between 30,000 km - 50,000 km) there was no mechanical problem. Doing an internet search, we found that the main defects of this generic model are coils (Audi is a campaign of change of free coils), which fails needle painting, scrubbing the seats ... generally tends to be a very robust unit, where problems may arise from certain electronic components and pipes are damaged over time. The great advantage with respect to the Probe is that engine components are easily found, either originals or surrogates.

This, in principle, good reliability of the Audi engine, along with some very reasonable power consumption of the car (in my case, in the usual routes, quiet driving on the 7.7 - 8.3 l / 100km), make it a car compatible with daily use.

We went to the last paragraph more personal, the aesthetic of the car.

As I said, both cars have different philosophies, and all have a common orientation sport. I recognize that the appearance of the Ford Probe was a love at first sight, it still lasts. I think the design of the car is a senior at the segment where it is, and breaks with his contemporaries, and not coincidentally, won design awards when it was marketed. I think its design draws from the same source from which they drink and drive may be the Corvette.
Meanwhile, the TT I moved to 50-60 years, models such as the Porsche 356 coupe or even the first 911 ... I believe in design (especially inside) was for a retro spirit, which together with the high quality of Audi makes it a pleasure to go to his little house, and let the kilometers.
In short ... two special cars, loaded with personality that fortunately I had the pleasure of enjoying.